The selection of films for our programming was starting when we were surprised by the Covid-19 pandemic. Respecting the health guidelines, we transferred our activities home – administration, production, selection: everything happened mediated by the ubiquitous current communication technologies.

In March everything was very uncertain (and still is ...), but a certainty remained: the 31st edition of the São Paulo International Short Film Festival would happen, in some way.

While watching more than 3,000 submitted films to reach the selection some leaner this year, with 212 works on display, we researched several alternatives to ensure that the films could reach our audience. In the meantime, we rethought our selection, our communication, everything. What knowledge remains valid? Which should be rebuilt?

Social distancing forced us to rethink our ways of acting, and also made us reflect on our values ​​and priorities. The pandemic explained the lack of consistent health and education policies that have been demanded by the population for so long, but it also made clear the vital importance that culture occupies in society – and the deliberate dismantling it has been suffering, government after government. From their real and virtual windows, people sang, projected, read, laughed and cried.

These are unprecedented, very challenging times for all of us. Therefore, being able to bring to the public a diverse program, which contemplates this immense plurality of looks, accents and languages ​​from all over the world, gives us the feeling that we are contributing to bring some life to this very difficult moment.

We are very happy to present to our audience the first online version of the Festival, which for the first time also reaches all of Brazil. The Festival maintains its main and special programs, and the lectures and seminars of our parallel activities become lives.

If today technology puts us in a much more comfortable position so that quality exhibitions can be made through the most diverse equipment, we know that the meetings that the Festival provides are not so easy to replace. But we trust in distancing now, so that soon we can all meet again, in an even warmer and more humane version.

Welcome everyone to the Festival and enjoy!

The São Paulo International Short Film Festival will have a new format this year due to this unique moment that we have been through. Although virtual, the event maintains its relevance for the diffusion of national and Latin American productions thanks to the work of a competent organization, who has spared no effort to carry out this edition, which will certainly be incredible.

Spcine is proud to once again sponsor this important festival and congratulates the entire team behind this event so important for the São Paulo audiovisual calendar.

The partnership also celebrates diversity and is in line with Spcine’s affirmative policies. With a crucial exchange between Brazilian and international cinematographic productions, the wide and diversified program makes more than ten short films available for free on the Spcine Play platform.

There will be many hours of quality content, with national and foreign titles that will instigate the most varied audiences and stimulate reflection.


In a pandemic time of uncertainty, cinema has guaranteed a place on the couch of streaming – a digital couch, since it has raised the question whether it is more or it is less cinema, as if the exhibition media or the space alone would pose a convincing answer to the mysteries and meanings brought by the artistic language.

Is it more cinema to see the classic Citizen Kane (1941) on a cell phone or a football match on the screen of a conventional movie theater? Such provocation, put by Edgar Pêra, Portuguese filmmaker, in the film The amazed spectator (2016), is intriguing because it reveals that the format-media-space triad shuffles the notions of traditional cinema, now in an expanded way in other modes of spectorality and narratives.

Anchored in the possibilities of traditional to expanded cinema, from screens everywhere and for all audiences, Sesc SP emphasizes the expansion of access to film culture, in its different formats and media, as the foundation of socio-cultural action, now extended through the Digital Platform in permanent and diversified programming of online events, exhibitions and debates – in parallel to the face-to-face actions in the units of the capital, coast and interior of São Paulo.

Thus, connected with the worldwide cinematography kaleidoscope, the institution reaffirms its support for the 31st São Paulo International Short Film Festival, now completely online, aiming – in this digital possibility – at expanding the screens to the whole country and its diverse audiences, that will be able to see more than 200 inventive short films in narratives, stylistics and approaches. 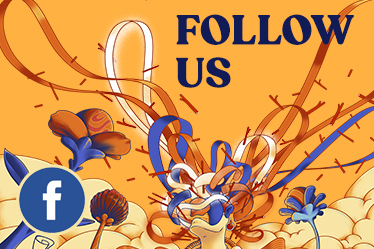